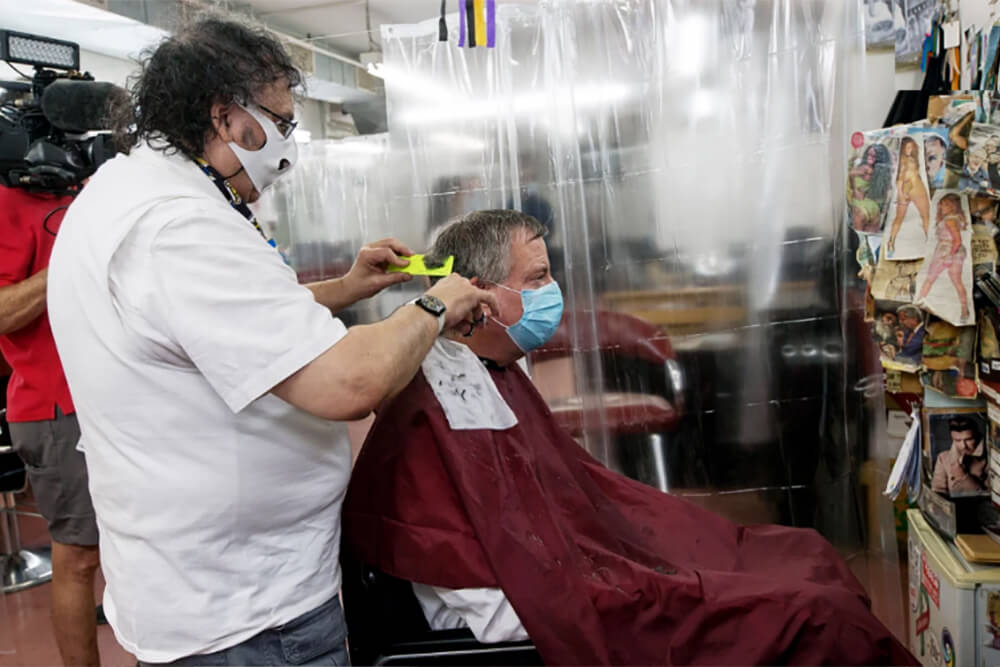 The owner of the classic Astor Place Hair Stylists in the East Village — whose loyal customers include celebrities and even Mayor Bill de Blasio — is urging New York lawmakers to eliminate the 4.5 percent sales tax on haircuts to help stylists get over the COVID-19 crisis.

“City barbers and hairdressers are being unfairly singled out for a punitive tax, yet they are among the hardest-working New Yorkers who are least able to afford it,” said owner Jonathan Trichter.

“New York City taxes haircuts, hair coloring, blow drying, wet shaves, hair restorations, permanents and straightenings at a rate of 4.5 percent. If the city asked the state to snip that tax, I will pass on the savings to our barbers and hairstylists, increasing their pay by 4.5 percent.”

De Blasio has been getting his mane trimmed twice a month for the last twenty years by a stylist named Alberto Amore at Astor Place, where Trichter says business is down 50 percent compared to before the pandemic. 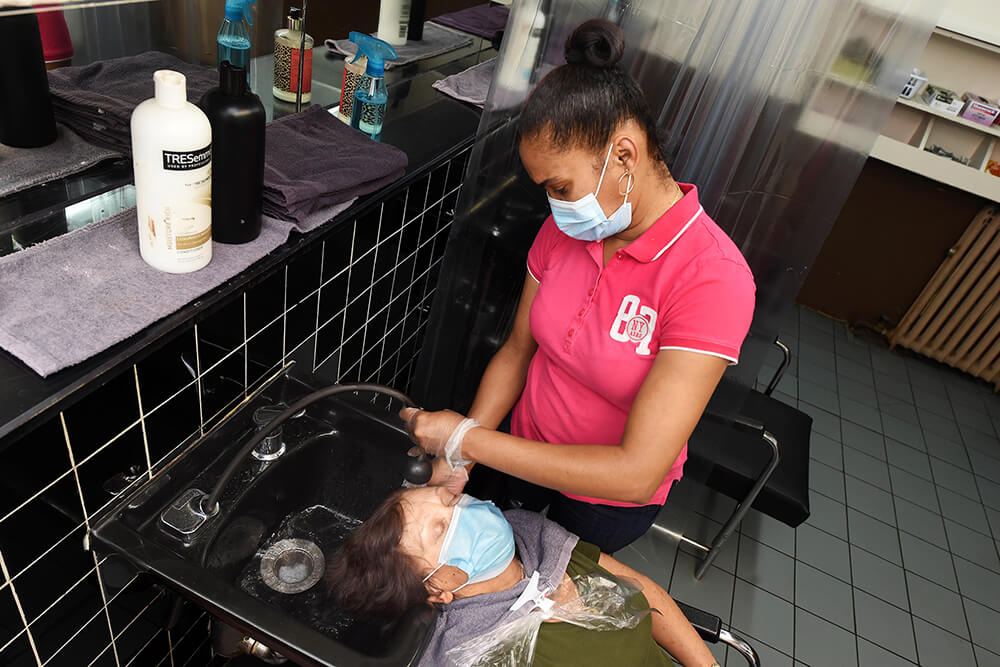 “Mayor Bill de Blasio is among our most loyal customers. He has been coming here since his first year at NYU. Of course, he will always be welcome,” Trichter said.

“But if he doesn’t support this tax repeal, then Alberto is going to start cutting his hair with his left hand,” he quipped.

The New York institution, which saved itself once before during an economic downturn in the 1970s — by churning out punk-rock ’dos — has also cut the locks of actors Bruce Willis, Channing Tatum, Kevin Bacon and Edward Byrne and comedian Sinbad.

Trichter and other investors stepped in last fall to prevent Astor Place Barbers from closing after 75 years of operation. 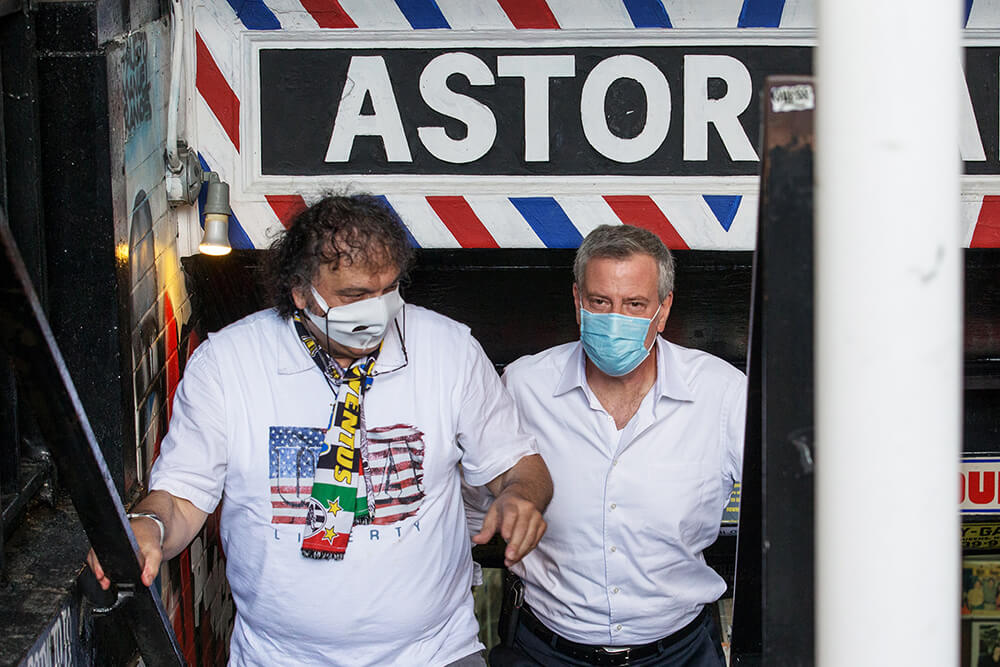 He cited the enormous revenue losses to the hair service industry during the coronavirus pandemic as one of the reasons to shave the city-only sales tax. The state Tax Department confirmed that the Big Apple is the only municipality that levies the tax.

Trichter said the hair-cutters rely heavily on tips to survive. Their base pay is $15 an hour, the legal minimum wage.

city — whereas every penny counts for hairstylists who missed a full year of work due to COVID-19,” Trichter said.

“We are among the last of the mom-and-pop industries in New York. What we are talking about is a tax on small-business owners and their employees who may never fully recover from their COVID losses.”

Trichter noted there’s a $28.6 billion federal Restaurant Revitalization Fund to help eateries recover from the pandemic under the American Rescue plan, but barbershops did not get bailed out.

Amore told The Post he and the mayor usually chat about soccer and other sports while trimming his locks because politics hits close to the scalp. He noted they both are of Italian heritage.

Asked if he’ll bring up the sales tax on haircuts with the mayor the next time he has him in the barber’s chair, Amore said, “I’ll try to. It depends on his mood and it depends how I feel. It’s not easy to bring these things up.” 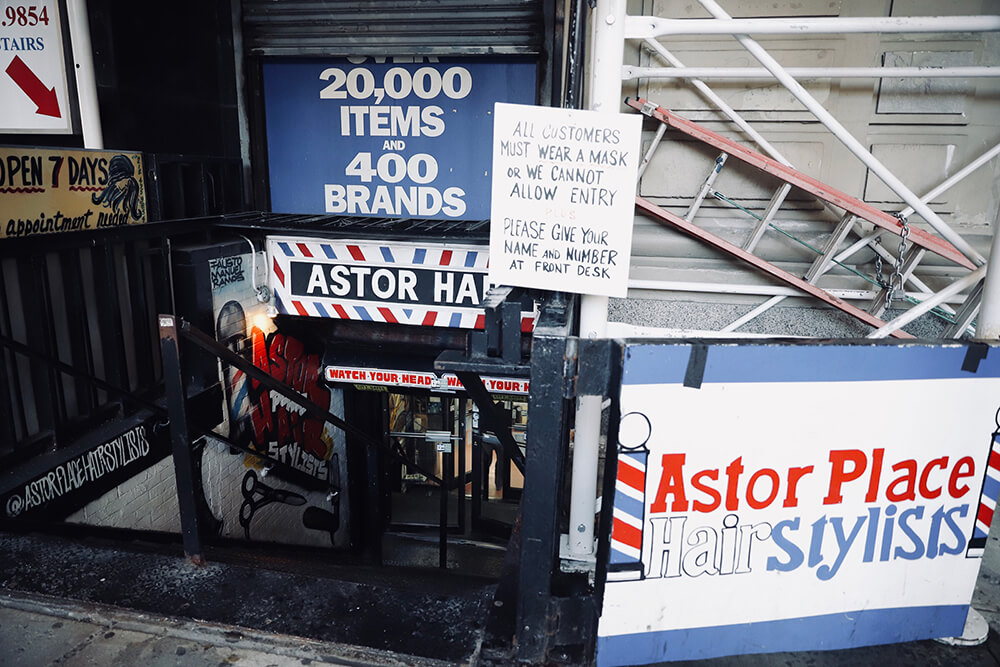 Amore joked that de Blasio is quick to blame nemesis Gov. Andrew Cuomo for pressing problems when political issues do come up at the barber’s chair.

De Blasio spokesman Bill Neidhardt said of the hair cut tax, “The Mayor loves Astor Place and worked to save his beloved barbershop. I’m sure this will be a topic of conversation during his next haircut.” 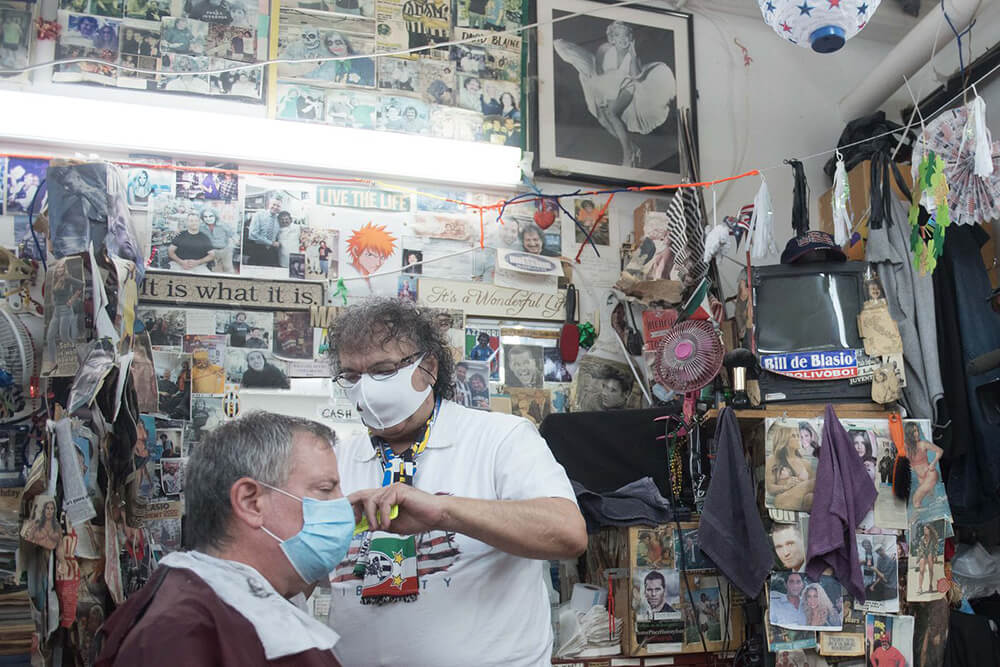