Astor Place is among the most iconic barber shops in America and a New York institution. Since 1947, it has at various times set trends that went on to influence taste and style around the world.

Big Mike is known to every tabloid newspaper, local news station and any downtown blogger worth their salt. He is a graduate of Rutgers University with a degree in business who can do math in his head quicker than a gameshow contestant.

He has presided over our legendary subterranean barbershop that he calls “The United Nations of Haircutters” every day for decades, handling every component of its operations with New York efficiency and earning the love and support of 40 loyal barbers.

And like many of the great New York characters the city is eager to embrace, Mike is also an artist—specifically, a painter and sculptor. His work is currently exhibited in Chelsea galleries as well as ones in New Jersey. His story as an emerging artist has attracted significant media attention from outlets as far-flung as The Times of London. And one of our best customers ever (@newyorknico) made this viral video of him. 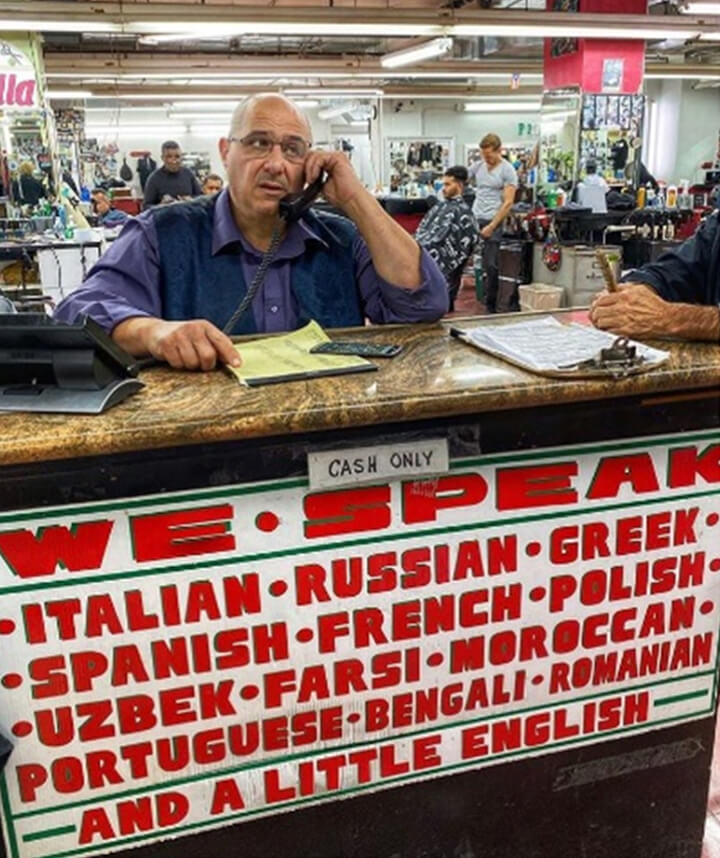 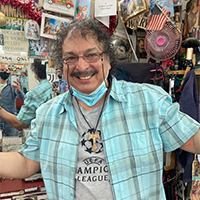 Alberto is meticulous with scissors, slicing tough hair with pinpoint precision. He’s been cutting Mayor Bill de Blasio’s hair since he was a freshman at NYU. Don’t hold that against him, though. 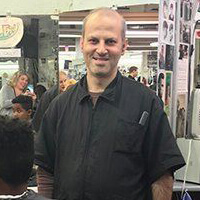 Alex is so good that one of his clients literally invested in Astor Place to make sure Alex would keep cutting his hair. Yeah, that good. 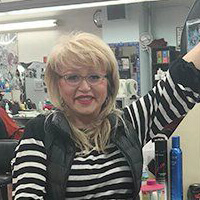 Bella is the best. The best! You need a blowout, trim or some color? The best, we tell ya! Don’t trust us. Try her! 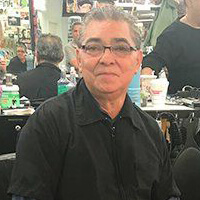 Benny started big designs in the 80s when he carved a batman logo into the back of someone’s head. It became a local news story and then a national one—a viral sensation before things “went viral.” He was recently featured in a Knicks commercial carving their logo into someone’s crown. #conviction 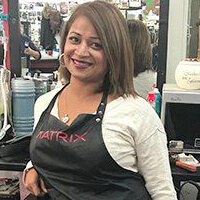 Dee is among the most talented stylists with women’s hair in the City. We can only get her to work here a couple of days a week, though. So make an appointment. 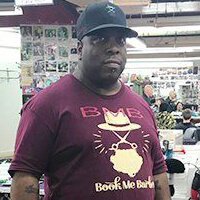 Deon is the first one in (5am) and the last one out. He’s got his own app, where you can book appointments, and product line of shaving stuff. Just come early! 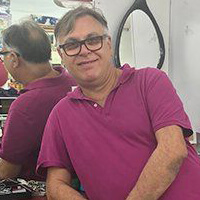 Dominick has a client list of New Yorkers so prominent his chair is in the way-way back so people don’t bother them. Because he’s awesome. 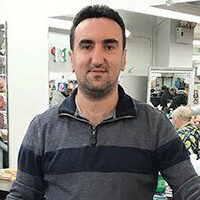 Edward is so efficient you might be done before you even get a text. 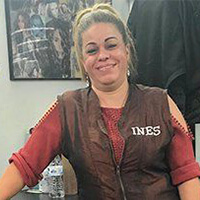 Ines has the gentlest touch and the most skilled fingers of any stylist anywhere. Go ahead. Compare her chops with those uptown girls. You’ll be a believer and a repeat customer. 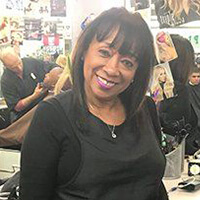 Irma is beautiful inside and outside. And she will make you beautiful outside. There’s not much she can do about your insides. Still, you will look marvelous. 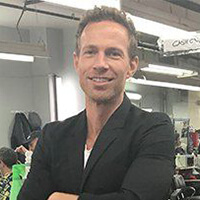 Jeff is a model, actor and stylist. He’s also cool as hell and the best all-around barber we have. 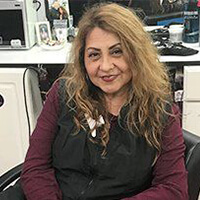 Jessica can take care of all types of women’s hair and treat it like it’s her own. She also may take some of your clippings home with her to mix in a stew. J/K! Kind of. Not really. #sogoodshemustbeawitch. 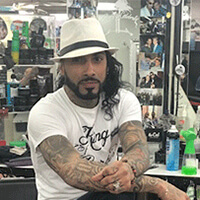 Joel is a rock star barber. He’s got the most tattoos this side of Broadway (full body suit) but walks the walk. His clients include celebrities and New Yorkers as far flung as The Bronx. 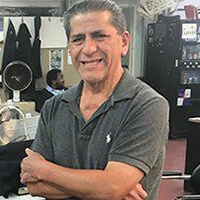 Jose is so quiet and unassuming we couldn’t figure out how he survived here. Then we saw his work. Oh, wow. It speaks for itself. 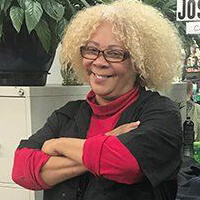 Josefina has perfected the art of women’s hair. She is an absolute artist with a canvass when you sit in front of her. Tell her what to do and she’ll dew. 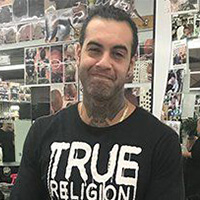 Louis totally thinks he’s an actual rock star. And he’s kind of right. We hate ourselves for saying it, but damn he’s good. I mean, damn. 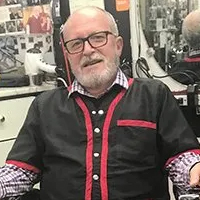 Luigi is the old school master with shears and a razor your grandfather told you about. Except Luigi was far better than your grandfather’s barber. He only wished Luigi gave him a trim. 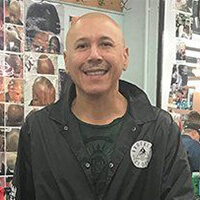 Morales is so good he left to teach at a barber school. We posted his picture here to let him know how much we miss him. Morales, come back. We kept your chair warm for you, man. 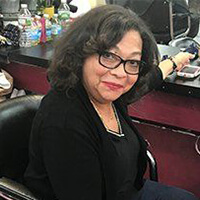 Narcy sits with the boys and intimidates them all. Her customers love her because she listens, is devoted and gives them precisely what they want. You want? She gives. Just like she gives it to the boys. 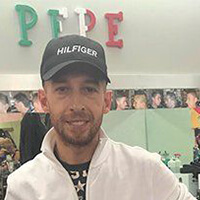 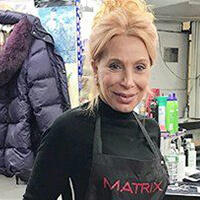 Regina is a magician with scissors and has the widest repertoire of any stylist in the shop. You cannot go wrong with her. 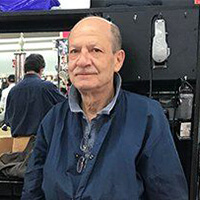 Scott is another old school barber who hasn’t slowed a step and can still move through a head of hair with the dexterity of a new school stylist—only in half the time and without the fuss. 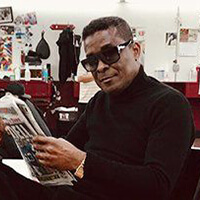 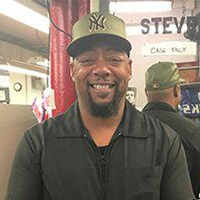 Steve crushes it. Every time. He’s the crusher. Everyone leaves his chair with a sharp look and a smile. His friends call him Stevie, though, not “crusher.” 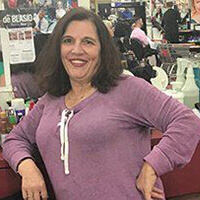 Suzy loves to dance and is good! But she’s a better stylist and is great. Really great. The greatest. 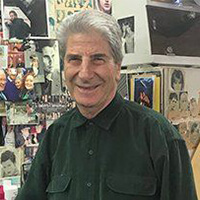 Valentino is peerless. Efficient, sharp and smooth as ice. He got that way from surviving the war. No, not that war. The real one. He’s been cutting hair ever since; that’s why he’s peerless. 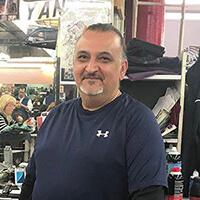 Yan fought in Afghanistan…for the Russians. If you’re not old enough to know that was a thing, worry. He’s also the best shaver and cleanest barber we have. He wields a straight edge like a surgeon. And he can take your appendix out in a pinch. 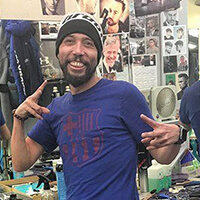 Zach is coming back! We just heard from him, and he’s coming back. We can’t wait! He’s amazing—an amazing barber. You will love him.